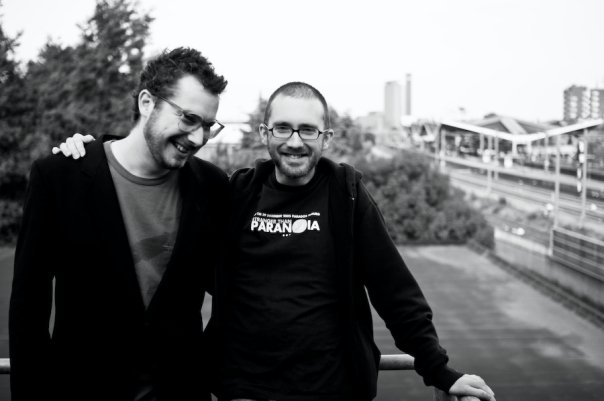 biography
Preliminary Saturation is the electro-acoustic, free improv, drone-duo in which Dutch sound artists Wouter Jaspers and Steffan de Turck combine their forces. To some extent, both might be better known for their solo-projects: Franz Fjodor and staplerfahrer, respectively. Jaspers displays a fascination for the darker side of life; with self-made instruments he creates sounds that shippers between droning soundscapes, depressed noise and dark folk. His style signature varies with his mood: from psycho chants to punk screams, from guitar oriented drones to field recordings. De Turck plays around with crunched and broken (micro)sounds, electro-magnetic waves and noise. Sometimes in a back-to-basics analogue setting, other times solemnly using his powerbook. Every once and a while, they come together in the safe harbor of one of their living rooms, pop open a bottle of wine, light some cigarettes and start improvising as long as the mood is right.

releases on vatican analog
VA 40: Disciples Of The Vatican ‎(cd-r) 2008